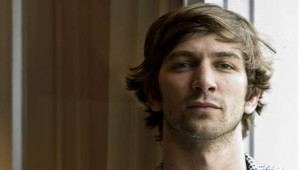 BBC America has announced that the second season of Orphan Black will see the addition of three new characters. Treme alum Michiel Huisman will play resourceful outdoorsman Cal, who crosses paths with the clones and needs every bit of his inner strength and sixth sense about people in order to protect himself. Meanwhile, Peter Outerbridge (Nikita) is set to portray Hank, the messianic leader of a group of followers who broke away from the Prolethean brotherhood, and Ari Millen (Rookie Blue) signed on for the role of cunning predator Mark, one of Hank’s lackeys and someone who is in pursuit of the clones.

Orphan Black will pick up immediately following the events of last season, which ended with Sarah discovering that Kira had been taken from her room.  However, while Sarah and the rest of the clones will be chasing after who could have possibly did this, they’ll also be pursued themselves, although with this newer threat emerging, they might not know they’re being followed until it’s too late. Someone like Cal could provide the type of help that keep the clones out of the clutches of those who wish to possess (and control) them, either hiding them out in the woods long enough for their pursuer to leave or providing enough of a distraction for them to get a head start in another direction.

In addition to his role on the HBO drama, Huisman currently appears on Nashville and will soon be seen on Game of Thrones, while Outerbridge’s TV credits include the likes of Bomb Girls, Beauty and the Beast, and Happy Town. Millen, meanwhile, has appeared on episodes of ReGenesis, The Smart Woman Survival Guide, and Nikita.

The second season of Orphan Black is currently in production in preparation for an April 2014 premiere.

What do you think about the new additions to Orphan Black? How long will it take Sarah to find Kira this season? Will Hank be the biggest threat that the clones have faced yet?