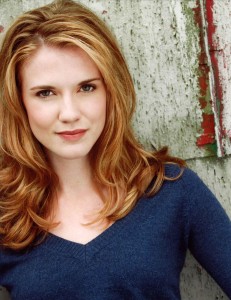 Sara Canning, the Vampire Diaries’ fame is going to play the role of a general surgeon in a medical drama indie series called ‘Remedy’. Sarah Allen known for her role on Being Human and Dillon Casey from Vampire Diaries will also star in the Canadian Drama series to be aired on Global Television.

The drama is set in the Broadview Hospital, where Canning is a General Surgeon, Allen portrays the role of an ICU nurse and Dillon is a medical school dropout. Actor, Enrico Colantoni who plays the character of a doctor, who is the chief of the hospital and besides that, he is a passionate father.

This Global Television Medical drama is under the Canadian indie Indian Grove Productions, the production of which has already been initiated in Toronto. The creator of the series is Bernie Zukerman and Greg Spottiswood is the show-runner, both of whom are also executive-producing Remedy together.

The production of the medical drama will finish in January, 2014 and the other cast members of the show include Martha Burns, Patrick McKenna, Genelle Williams and Matt Ward. The international distribution of Remedy is being handled by the Red Arrow International, who have the rights of distribution and have Adam Barken and Kelly Makin into co-executive production, with Jan Peter Meyboom.