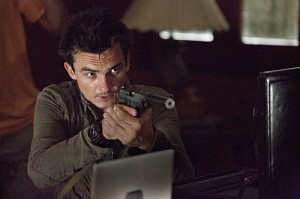 Following two major Emmy wins last week and its highest rated premiere yet, the first episode of Homeland‘s third season has been made available through Showtime’s website, Youtube, On Demand, Showtime Anytime, iTunes, and the Showtime apps on iPhones, the iPad Touch, Android smartphones, Nook, and Kindle Fire.

The third season of Homeland picks up nearly three months after the Langley attack and finds the likes of Carrie, Saul, Jessica, and Dana struggling to come to terms with what happened that fateful day and everything that’s built up since the last time we saw them. Both Carrie and Saul are filled with regret at the fact that they didn’t pick up on the attack, with the former going off her meds to retain the sharpness she once had and the latter drowning as the acting director of the CIA. Saul may be a hell of an agent himself, but he takes the reins during arguably the most difficult time the CIA has faced in a generation, having lost several of its own and come under fire from a Senate investigation into what they knew about a one Nicholas Brody.

Elsewhere, Dana and Jessica are having to adjust to not only a life without their father and husband, which they had gotten used to before he came home again, but a life as the objects of scorn for many people, since they’ve become outcasts in their community following the outing of Brody as a terrorist. Is there some way, any possible way, that they can reclaim a sense of normalcy in their completely unstable household and find the peace that Brody seemingly snatched from him when he made the tape before putting on the suicide vest?

Homeland airs Sundays at 9:00 on Showtime. You can check out a preview of the second episode, as well as a look at the rest of season three, below.

Do you think that Homeland can rebound from what many considered to be an off season? Should the series dial back the action and explosive plot twists in favor of something more methodical, contemplative, and slower in pace? How long do you think a series like this can conceivably run?