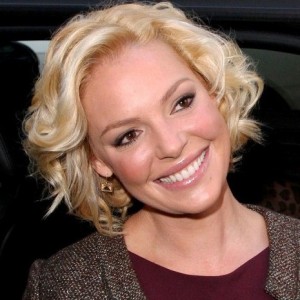 Katherine Heigl, better known as Izzie from the popular medical drama, Grey’s Anatomy, is going to play a CIA Analyst in her next venture with Alexi Hawley for NBC.

Katherine Heighl is coming back to TV! According to resources, NBC has landed with the former Grey’s Anatomy star for a CIA Drama show. The project, which is untitled yet is at the development stage at the Universal Television. The Following fame, Alexi Hawley is working on the script and is also the executive producer of the show. And what’s more, Katherine Heighl not only comes on-board as the star of the show, but is also among the executive producers, along with her mother & manager, Nancy Heigl, Robert Simonds, Rodney Faraon, Julia Franz and Henry Crumton.

The plot of the drama is defined as ‘Scandal meets The West Wing’, which is centered around this eccentric CIA Officer (Katherine Heighl), who was pulled out from her field only to become the daily briefer if the president and has the authority to target America’s gravest threats and alongside steering this weird lifestyle, which comes with a high-powered job.

Heighl says that she has been very passionate and totally fascinated by this project, right from the moment Bob, Rodney and Hank narrated the plot to her, a year ago. She sounded really excited and said that the story is not just intellectual and gripping, but also gives a great behind the curtain look at the CIA, we have ever been able to see on TV or films. “I am honored and really excited to have been asked to be a part of developing these stories and especially, this character and bringing it all to life”. Heigl thanked NBC for being a true partner in the team’s passion and for the channel’s support for this show and said it’s like a dream come true for her, where she is going to work with her brilliant writer, Alexi Hawley and truly believes in making some awesome television.

The drama will be seen as the first joint venture between the film & TV Production company, Aarwolf Creative and the film producer, Simonds. Katherine Heighl and her mother Nancy are executive producers under their banner of Abhishag Productions.

This would be a big comeback for the stunning Katherine Heighl who we all miss from ABC’s show Grey’s Anatomy.

Are your excited about her return to the small screen?  Do share your views with us.