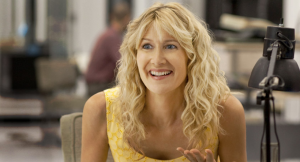 According to a study completed The Center for the Study of Women in Television and Film at San Diego State University, women are making gains both in front of and behind the camera in the television industry. There was a 2% rise in the number of female creators, directors, writers, producers, executive producers, editors and directors of photography from 2011-2012, while women accounted for 26% of all behind the scenes talent once premium cable (e.g. HBO, Showtime, etc.) were considered. Meanwhile, in terms of on-screen representation, 42 percent of all major speaking characters were women, who were 41 percent of all major characters; a majority of women (62%) represented on screen were in their 20s, while male characters (58%) were typically in their 30s and 40s. A fuller picture of the study, including a complete look at all the numbers that were derived, can be found at The Hollywood Reporter.

-The CBS Fall Preview Special is set to air Thursday, September 12th at 8:30 and will be hosted by We Are Men“s Tony Shalhoub, Jerry O”Connell, Kal Penn, and Chris Smith. The special will feature behind the scenes looks at each new fall show on the network this year, as well as cast interviews, and will be available on-demand through September 29th.

-Anne V and Lydia Hearst have joined Oxygen modeling competition The Face, where they”ll act as coaches to teams of aspiring models looking to become a brand ambassador for a well-known, national brand. They replace Coco Rocha and Karolina Kurkova, who coached during the first season, and join Nigel Barker, who will have an expanded role this season.

-WGN America has ordered 13-episode original drama Manhattan to series. Set to premiere in summer 2014, the series will be the network”s second original series launch in the coming year, following supernatural drama Salem, and will begin production in New Mexico this winter. From Sam Shaw (Masters of Sex), Manhattan follows a group of scientists as they attempt to build the world”s first atomic bomb and keep their mission a secret from the ones they love. No casting has been announced as of yet.

-An original song by country music legend Charlie Daniels will appear in the next episode of AMC western Hell on Wheels. Titled “Hell on Strings,” the instrumental will be featured in a scene where Bohannon and Louise Ellison dance in a local saloon.

–Pretty Little Liars star Lucy Hale is set to guest star on an episode of ABC Family comedy Baby Daddy. Set to shoot this November, the episode will be a part of the show”s third season in 2014.

-Casting: Annie Ilonzeh and Blair Redford will appear on Beauty and the Beast, with the former playing a high school friend of Catherine”s and the latter an Army buddy of Vincent”s who becomes a threat to the beast; Alexander Dreymon is set to recur on American Horror Story as a handsome man who moves next door to the coven”s academy; Downton Abbey“s Dan Stevens will voice biological computer TIM on The Tomorrow People; Josh Groban  a friend from Sydney”s past on The Crazy Ones; Keith David has joined Once Upon a Time in Wonderland and will voice the Cheshire Cat; and Smash alum Will Chase will appear on Nashville as Luke, a potential love interest for Rayna.

–Mistresses star Alyssa Milano has been tapped to host the third season of Project Runway All Stars on Lifetime, following one-season stints for model Angela Lindvall and model/actress Carolyn Murphy. Meanwhile, guest judges will include the likes of Abigail Breslin, Nick Cannon, and Debbie Harry. Premiering October 24th, the season will feature the following designers vying for another shot at the prize package, which features a spread in Marie Claire, a one-year position at Marie Claire as Contributing Editor, an all-expenses paid trip to Southeast Asia,  professional hair styling and photography for all of the designer”s upcoming fashion shows throughout the year, and an entire year”s worth of beauty products for their fashion shows as well as professional makeup artist services for their debut show, among other perks for coming out on top this season. 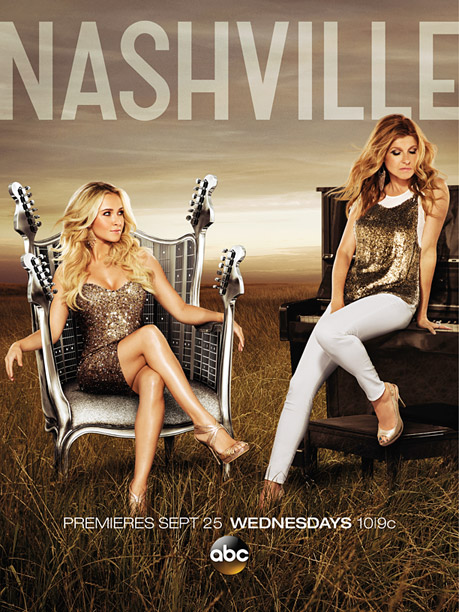