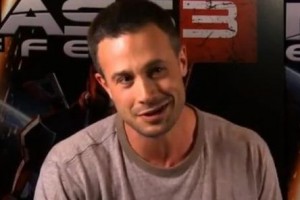 According to Entertainment Weekly, Freddie Prinze Jr. (24) has signed on for a guest appearance on upcoming Lifetime supernatural family drama Witches of East End. He’s set to play shy entomologist Leo Wingate, who falls for Wendy Beauchamp (Madchen Amick) and suspects that she’s using him for personal gain, in one episode of the series.

Based on the novel of the same name by Melissa de la Cruz, Witches of East End tells the story of Joanna Beauchamp (Julia Ormond), a witch who has never told her two daughters (wild-child Freya and straight-laced Ingrid) of their supernatural background. However, when bizarre occurrences begin to manifest in their lives and a threat to the family’s safety is detected, Joanna has to tell them what (and who) they really are, if only so they can collaborate on a plan to keep themselves out of harm’s way. But will Ingrid and Freya forgive their mother long enough to take the threat seriously and work together to stop a potential catastrophe? And for that matter, who (and what) is targeting the Beauchamp family to begin with and why are they in the crosshairs?

In addition to his role as Cole Ortiz on the eighth season of the FOX actioner, Prinze Jr. has appeared on the likes of Psych, Boston Legal, and Freddie, the 2005-06 ABC comedy that he created and starred in.

Will you be watching Witches of East End this fall? Do you think that the show will be able to breakthrough in what will be a heavily competitive fall television landscape? Who else would you like to see guest star during the first season?