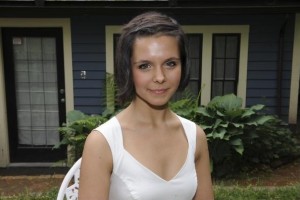 According to , Bates Motel has added Paloma Kwiatkowski for its upcoming second season. Said to be a recurring role, she”s set to play Cody Brennan, a small town party girl who befriends Norman and shows him the value of acting out to sublimate inner pain.

While Norman was already wrestling with his inner demons, the killing of Miss Watson could be the catalyst for his first major steps toward becoming the Norman Bates of Psycho – if he knows what he did, that is. The character of Cody will already bring about noticeable shifts in dynamics for the series, particularly when it comes to Norma wanting to protect Norman from women (or, conversely, women from him, once she finds out about what he did to Miss Watson), but she could become that much more complex if she acts as Norman”s confidante about the murder and everything swirling around in his head. Aside from providing him with a social connection outside of his household, could she also be the first person aside from Norma who completely accepts Norman for who he is?

This will mark 19-year-old newcomer Kwiatkowski”s first television role. She can next be seen in her feature film debut Percy Jackson: Sea of Monsters, which hits theaters on August 7th.

The second season of Bates Motel is set to premiere sometime in 2014. You can check out a recap of the first season finale here, as well as details on who recent additions (and fellow recurring players) Michael Vartan (Alias), Rebecca Creskoff (Hung), and Kenny Johnson (Sons of Anarchy) will be playing in the second season here.

Will you be watching Bates Motel next season? Is there a chance that Cody could be in danger now that she”s gotten closer to Norman? Could seeing Norman around with Cody make even a tiny part of Bradley jealous?