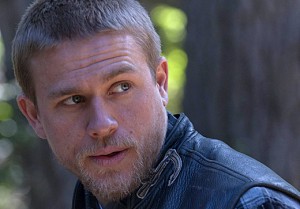 This week on TVHackr, we talked about Glee delaying their season premiere, the possibility of a 12 Monkeys series adaptation at Syfy, and new additions to Bates Motel, while the internet looked back on the best TV in 2013, suggested shows you should be watching on Hulu, and evaluated the representation of autism on television.

Helix Adds Hiroyuki Sanada, Kyra Zagorsky, and Mark Ghanime
Upcoming Syfy thriller Helix has made added three cast members, who join recently announced Billy Campbell. But who will they be playing and how will they figure into the show’s universe?

Glee Delays Production, Season 5 to Premiere September 26th
Due to the death of Cory Monteith, Glee has delayed its production until the beginning of August, thereby booting its season premiere from September 19th to September 26th.

The Walking Dead Season 4 to Premiere October 13th; Watch the Trailer Here
The first full-length trailer for The Walking Dead‘s fourth season was released at Comic-Con, along with a premiere date. What’s in store for the survivors this season?

Magic City Recap: A Dream in Tatters on the Sand
While Vera comes to a realization about her dancing career, Ben makes Stevie a tempting offer and Ike learns about the fate of Theresa.

Devious Maids Spoilers: Peri Becomes Paranoid About Spence Having an Affair
Coming up on Devious Maids, Genevieve hits a rough financial patch, endangering the jobs of Valentina and Zoila, while Carmen gets jealous when Sam starts dating.

Hit the Floor 1.09 Sneak Peeks: Ahsha and Jelena Battle for an All-Star Slot
Ahsha and Jelena are in the running for a performance slot at the All-Star game, Kyle has an unsettling encounter with a rich fan, and German might have had all he can stand of his girlfriend’s new personality.

Comic-Con News and Trailers: Once Upon a Time, Arrow, Bones, Family Guy, and More
Miss anything from 2013 San Diego Comic-Con? We’ve compiled the news items and trailer we missed in one handy place.

12 Monkeys Nearing Series Order at Syfy; BBC America Goes to Atlantis
While Syfy is said to be nearing a series order of 12 Monkeys, based on the Bruce Willis film of the same name, BBC America has greenlit Atlantis, a fantasy actioner from Misfits creator Howard Overman.

It’s Always Sunny in Philadelphia, The League, and Totally Biased to Premiere September 4th on FXX
Three former FX series have been given start dates for next season, their first on fledgling cable network FXX, which opens its doors officially two days prior.

Bunheads Canceled by ABC Family
The Amy Sherman-Palladino ballet drama finished its first season this past February and joins The Lying Game in the ABC Family summer scrap heap.

The Fosters Recap: You Taste Like Badger, George
Ana won’t leave Mariana alone about the money, Callie stands up for Talya to Brandon, and Jesus takes matters into his own hands, potentially to Stef’s detriment.

News Roundup: Jason Momoa Joins Sundance’s The Red Road
The Game of Thrones star has signed on for the lead role in The Red Road, which follows a sheriff that has to negotiate a difficult relationship between his hometown and a nearby Indian reservation.

Bates Motel: Michael Vartan, Rebecca Creskoff, and Kenny Johnson Join Season 2
Bates Motel has added three recurring players to its second season, including a love interest for Norma and a member of the Bates family that has only been talked about to this point.

Twisted 1.08 Sneak Peeks: Danny and Lacey Continue Sneaking Around
While Danny and Lacey continue their secret relationship, Kyle puts more pressure on Karen and Rico battles the complicated feelings he has for his best friend.

Mistresses 1.09 Preview: Would Elizabeth Grey Have Killed Tom?
Karen deals with the bombshell that Elizabeth dropped at the end of last week’s episode, Savi and Joss’s mother Janet comes for an unexpected visit, and April tries to decide whether to be truthful to Lucy and Richard.

The Fosters 1.09 Sneak Peeks: Callie Enlightens Brandon on Being a Foster Child
While Callie tries to help Brandon understand the twins better, Lena learns about the secrets that her children have been keeping.

BBC America Announces Premiere Dates for Ripper Street, Law & Order: UK, and More
At their TCA session, BBC America announced its plans for the rest of 2013 and the beginning of 2014, including the returns of Orphan Black, Ripper Street, and In the Flesh.

Syfy to Wrap Sinbad, Primeval Early with Marathons
Syfy will end the runs of international acquisitions Sinbad and Primeval: New World early by showing day-long marathons of each, including episodes not yet aired in the United States.

Cinemax Announces New Clive Owen Series The Knick
Clive Owen will star in a 10-episode Cinemax series about Knickerbocker Hospital in 1900 New York, which will be directed by Steven Soderbergh.

Hit the Floor Season Finale Sneak Peek: Olivia Delivers a Crushing Statement to the Press
On the season finale of Hit the Floor, Olivia has to man a press conference about the death of a Devil Girl. Which dancer will meet their maker come Monday?

Hit the Floor: Who Could Die in the Season Finale?
One Los Angeles Devil Girl will not make it to the second season of Hit the Floor. Who is most likely to die during the first season finale?

Lesbians Are Having the Best Summer Ever on TV (Vulture)
Vulture concludes that lesbians are having a pretty darn good summer, thanks to representation on Orange is the New Black, The Killing, The Fosters, Pretty Little Liars, Under the Dome, Mistresses, and True Blood.

5 Shows to Watch on Hulu Right Now (Vulture)
Now that we’re in a pretty calm part of the TV summer, do you need something to watch on Hulu? Vulture has five suggestions of series to dive into.

The best TV of 2013 (so far) (The A.V. Club)
The A.V. Club has compiled what they believe to be the greatest television of the year thus far. Did your favorite show make the list?

Is Chromecast Google’s Trojan Horse For Television? (Forbes)
Forbes argues that Google has created the Chromecast, a device that will let you stream web video on your TV, as a way to dip its toes into the television market. Is a network next?

Television on the Spectrum: The Best (and Worst) Depictions of Asperger Syndrome on TV (Flavorwire)
Flavorwire examines 15 portrayals of autistic characters on television and rates the best and worst of the bunch. Just how honest is TV’s latest trend?

Sports Fans Slowly Move From TV to the Internet (AdWeek)
According to AdWeek, while 94% of fans watch sports on television, digital media are gaining in popularity.