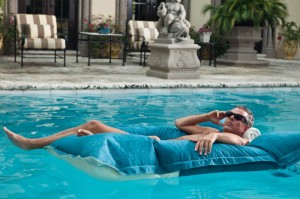 This week on TVHackr, we talked about what’s coming up on Zero Hour, Scandal’s early syndication, and the 2013 Emmy nominations, while the internet pontificated on a TV landscape that has gradually been filled with deeper roles for actresses and a potential Turkish TV takeover.

Magic City Recap: Pray That Nobody Gets Killed
While Vera’s opening night doesn’t go quite as planned, Ike approaches Sy about cutting a deal and Danny goes along on an arms raid that will change him for good.

Hit the Floor Renewed for Season 2 by VH1
VH1’s dance team drama will return for a second season of scheming, side eyes, and sex appeal. Will Jelena get a leg up on Ahsha?

True Blood Renewed for Season 7 by HBO
After averaging about 10 million viewers per episode this season, True Blood will return for a seventh season in the summer of 2014.

BET to Broadcast Scandal’s First Two Seasons This Summer, Season 3 in Fall
The first two seasons of Scandal will be broadcast on BET later this summer, while season three episodes are set to encore eight days after their initial ABC run.

The Fosters Recap: He Told Me I Was Special
Callie reveals the extent of the ways Liam hurt her, Lexi goes missing after being threatened with boarding school, and Mariana may have gotten herself into a situation that she can’t talk her way out of.

Zero Hour Series Finale Spoilers: Can Hank Save the World?
Will Hank be able to stop both the Pyrates and the Shepherds from acquiring the True Cross and changing the world as we know it?

Renewal Notice: Lying Game Canceled, Ray Donovan Renewed, American Dad Moving
While The Lying Game has been canceled after months of no information about its renewal status, Showtime’s Ray Donovan has been renewed for a second season and FOX’s American Dad will be moving to a new network beginning in late 2014.

ABC Announces Fall 2013 Premiere Dates
When will the next seasons of Scandal, Revenge, and Nashville premiere? What dates will we get to see the first episodes of Agents of SHIELD and Once Upon a Time in Wonderland?

News Roundup: Sharknado Gets a Sequel and You Get to Name It
Syfy has given social media phenomenon Sharknado a sequel movie, which will be named using suggestions from Twitter. Have you sent in your awful pun yet?

2013 Primetime Emmy Award Nominations Announced
Who was nominated for an Emmy this year? We have the major categories, where the likes of House of Cards, Modern Family, and Breaking Bad did quite well for themselves.

The Fosters Summer Finale Spoilers: Who Gets Married?
On the summer finale of The Fosters, someone’s getting married and there’s news that could shake the family to its core. What could potentially rip the Foster family in half?

Twisted Spoilers: Is Karen the Potential Weak Link?
Of all the problems that Danny has had to worry about threatening his freedom, it turns out that his biggest threat may live in the same house.

Mistresses 1.08 Preview: April is Stunned From the Latest Revelation About Paul
April has to come to terms with what she found out about Paul, while Joss looks to redefine her relationship with Alex and Savi fights to save her marriage, regardless of whether the baby is Dom’s.

Teen Wolf Winter Season Premiere Set for January 6th
The second half of Teen Wolf‘s third season is set to premiere Monday, January 6th. Catch a trailer for the next set of episodes at the link above.

A Good Time for TV Ladies (Slate)
Slate examines a television landscape that has become much kinder to actresses, considering the rise in complex female roles in recent years.

Emmys 2013 winners and losers: 30 Rock, Homeland, The Office (Hitfix)
Hitfix analyzes the 2013 Emmy nominations, including the surprises that could lead to even more surprising victories and the snubs that stopped promising shows in their tracks.