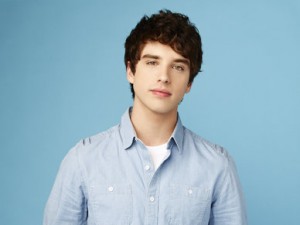 If there”s one thing you can say about the Foster family, it”s that they love each other about as deeply and as fully as any other family on television. While they may have bumps and bruises along the way, as well as the unavoidable stumbles that each of us goes through, they”ve managed to hold on to their knowledge that they”ll always be there for one another; even with all the drama about immigration, identity, fostering, love, job security, and religion, Lena and Stef have somehow kept the ship steady and everyone (mostly) unharmed along the way. As a reward for everything they”ve done in taking in as many foster children as they have, it looks like the summer finale of The Fosters will find the couple getting that dash of romance that they”d been lacking in their relationship.

Listed below are the date, title, and description of the summer finale of The Fosters.

Monday, August 5th – “I Do”
Stef and Lena try to maintain calm when their parents descend on the Foster house for a very special celebration. Lena”s dad, Stewart (played by Stephen  Collins), has agreed to officiate the ceremony while her mother Dana (Lorraine Toussaint) and Stef”s colorful, talkative mom Sharon (Annie Potts), casino online attempt to  keep things civil while disagreeing on floral arrangements. Sharon tries to strong-arm Frank (Sam McMurray) into attending. Stef avoids telling Lena she plans to return to work as soon as she is cleared. Meanwhile, when Callie”s case against Liam (Brandon Jones) boils down to her word against his, she must decide whether or not to lie in order to get some justice out of the situation. Callie and Jude get some news they”ve been hoping for, but Callie makes an emotional slip that could destroy any chance they finally have at happiness.

Will the wedding ultimately go without a hitch? Should Callie lie in court to exact justice on Liam? What news will Callie and Jude receive amid all the Foster family chaos?