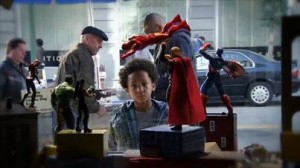 ABC has become the final network to announce the premiere dates for each of its fall series. The network is set to get the earliest jump on the competition by premiering 20/20 on September 6th, though most of its shows will premiere during “Premiere Week” or the last full week in September. Being given extended premieres are Modern Family, which will have a one-hour premiere for the third consecutive year, and Grey’s Anatomy, while the likes of Once Upon a Time in Wonderland, Scandal, and Super Fun Night have been pushed into early October.

This season, ABC opted for a more concentrated approach to premiering their programming, as they were still launching series in late October last season. Now, though, they have a few on either side of Premiere Week and will focus their attention on premiering a fair amount of their programming together. Interestingly, they’ll be facing the entirety of the CBS lineup during Premiere Week, which could eat into the live numbers for both networks and show why a staggered approach might be best for all involved.

You can check out ABC’s full fall 2013 schedule here, as well as trailers for its new shows here. Premiere dates for NBC, CBS, The CW, and FOX are all linked accordingly.

Which of ABC’s new shows do you think will breakout? How many ABC series will you be watching come fall? Do you think that the network made the right calls as far as scheduling its shows?

Thursday, October 10th
8:00 Once Upon a Time in Wonderland