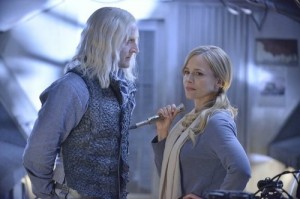 2013 San Diego Comic-Con has gotten a whole lot more crowded in recent days, as Syfy, Adult Swim, Cartoon Network, CBS Studios, and A&E have all revealed the shows, stars, and producers that will be making the trek to the convention. Among those making their Comic-Con debut are CBS drama Intelligence, fantasy romance Star-Crossed, and Bates Motel, based on Alfred Hitchcock’s Psycho.

Listed below are the date and panels for each series heading to Comic-Con this year. Times are included for those who’ve made that information publicly available, while multiple shows have announced extra events that will accompany the discussions/fan Q&As that make up each panel. More details should be revealed in coming weeks.

You can check out the other series that will be heading to Comic-Con here.

Will you be going to Comic-Con this year? Which panel are you most looking forward to? Is there a show that isn’t a part of the lineup yet that should be in attendance?

12:00 p.m. – Beauty and the Beast
Who’ll be there:  Kristin Kreuk, Jay Ryan, and executive producers Jennifer Levin and Sherri Cooper

The Venture Bros.
Who’ll be there: Patrick Warbuton (Brock Samson), as well as creators Jackson Publick and Doc Hammer