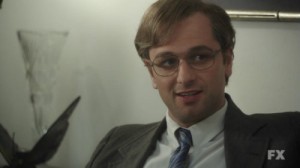 The Television Critics Association has released their nominees for the 2013 TCA Awards and among them are a mix of perennial honorees and breakthrough programs/actors that could find themselves honored come August 3rd. On the drama side, Breaking Bad and The Americans both earned three nominations each, while the likes of Tatiana Maslany for Orphan Black and Monica Potter for Parenthood sneaked in for buzzworthy performances on their respective shows.

Meanwhile, on the comedy side, Louie, Parks and Recreation, New Girl, and Veep all snagged double nominations, with each having a star nominated (Louis C.K., Amy Poehler, Jake Johnson, and Julia Louis-Dreyfus) as well as constituting 4/5 of the Outstanding Achievement in Comedy category.

Other notable nominees include Game of Thrones, being honored in Outstanding Achievement in Drama and Program of the Year; Homeland, who only snagged one nomination and found none of its cast honored; Vera Farmiga, adding to her Critics’ Choice nomination with recognition from TCA; and Sundance Channel, which found both Top of the Lake and Rectify earning nods.

What do you think about the TCA nominations? Where would you cast your vote in each category? Which surprise nomination is your favorite?