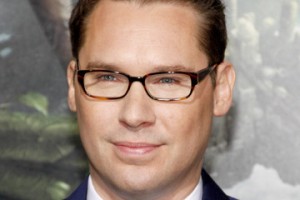 According to , ABC has given a 13-episode straight-to-series order to The Black Box, a drama written by Amy Holden Jones (Mystic Pizza) and executive produced by Bryan Singer (House M.D.). The project, which will bring on The L Word“s Ilene Chaiken as showrunner, is already pre-sold internationally and sparked a bidding war that ABC emerged victor of. Reportedly, the series, about a neuroscientist struggling with mental illness (and the secrets that she”s keeping from her family), is being considered for a midseason run.

Although we”re still months from getting the ratings data needed to begin altering the network”s fall schedule, The Black Box seems like a prime candidate for Thursdays at 8:00, should Once Upon a Time in Wonderland only have a limited first season and producers land a name-actress for the leading role. The show sounds big-tent enough to draw eyes and female-skewing enough to fit in with Grey”s Anatomy and Scandal, a problem that several past ABC-Thursdays-at-8:00 dramas have had, so it might be a strong bridge between fall and spring and cheap enough to put against the Winter Olympics.  However, there”s no guarantee that it will air during next season and might be saved for sometime during the summer, where ratings thresholds are lower, its financials might work out better, and ABC could have another low-risk piece of scripted programming in which to pad their schedule.

In addition to executive producing House throughout its eight seasons, Singer has produced the likes of Dirty Sexy Money, The Triangle, and webseries H . While Chaiken has landed multiple pilots since the six-season run, this will be her first series since saying goodbye to Jenny Schecter; meanwhile, this will be the second TV venture for Jones, who penned an episode of H.M.S. in 2010.

Will you be watching The Black Box? Who do you think should play the title character? Where should the show air, should it make its debut during next season?