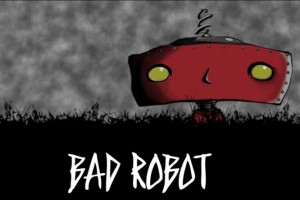 According to , J.J. Abrams” Bad Robot Productions has acquired the rights to Rod Serling”s final screenplay, titled The Stops Along the Way, with the intention of creating a miniseries from it. No details about the script have been released, however, nor has a list of networks that will be targeted during the shopping around period.

Serling is most known as the creator of and writer for influential sci-fi anthology The Twilight Zone, but his credits also include The Night Gallery (a series that leaned more heavily on horror and the macabre than Twilight Zone), feature Planet of the Apes, and western The Loner, which ran for one season. Given Bad Robot”s involvement, The Stops Along the Way will likely lean more toward Serling”s sci-fi writing; the company isn”t exclusively responsible for genre programming, but a vast majority of their offerings have been in that vein and considering the Serling connection, it stands to reason that The Stops Along the Way will fit alongside the rest of their catalog.

What should be interesting to see is how they alter the script and where they find the material to create several episodes of television. A limited/event series is such a broad definition that The Stops Along the Way could be anything from a few episodes to a 13-episode run. It all depends on how much writing Serling left, how said writing is divided up, and how much influence outside hands will have in giving Serling”s vision form and a television bent.

After losing Fringe this past season, Bad Robot will have four series on the air next season: Revolution, Person Of Interest, FOX”s upcoming Almost Human and NBC midseason offering Believe.

Which network do you think will end up with The Stops Along the Way? Do you like the recent rise in limited/event/miniseries? Would you like to see more unpublished work find its way to the screen thanks to production companies like Bad Robot?