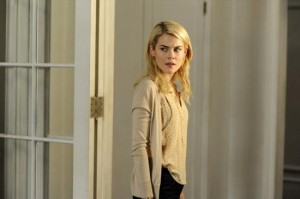 The remaining episodes of supernatural soap 666 Park Avenue will see the light of day after all, as the final four episodes are set to begin airing Saturday, June 22nd at 9:00 on ABC. The show, which was pulled from the schedule last December and never returned, starred Dave Annabale and Rachael Taylor as a couple who move into The Drake, a swanky Manhattan apartment building that might be possessed by a mysterious demonic force. It also featured the likes of Terry O’Quinn, Vanessa Williams, and Robert Buckley.

While the networks aren’t still where they could be in terms of original scripted content in the summer, it seems that the summer of 2013 will be especially heavy with unaired episodes of canceled shows. Don’t Trust the B—- in Apt. 23 has already had its final eight episodes made available online, Zero Hour is set to return on Saturday, June 15th with a two-hour “re-premiere”, and NBC’s Do No Harm will be airing out its completed episodes beginning June 29th. Couple those with summer burn-offs Save Me (starring Anne Heche as a woman who thinks she’s got a direct line to God) and The Goodwin Games (starring Scott Foley, Becki Newton, and TJ Miller as siblings brought together by the death of their father) and that’s plenty of opportunity for fans of low-rated shows to get the closure they need.

The networks are also increasing their scripted presence in other ways, as ABC has added Mistresses and Motive, CBS will be premiering Under the Dome and bringing back Unforgettable, and NBC is set to debut Camp and Siberia later this summer. Could they all be making a conscious move to add more scripted content during the summer months, especially “lost” episodes of shows they pulled from the schedule during the season?

Will you be watching the final episodes of 666 Park Avenue? Are you glad that ABC is making every unaired episode of its canceled shows available for viewing? Do you think that networks should start using Saturdays in the summer for this purpose?