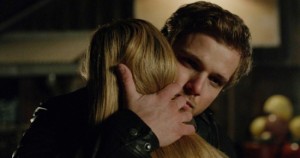 Norma Bates is now backed into a corner, made worse by the fact that she thought she was in the clear. The hotel owner managed to get through the Deputy Shelby incident mostly unscathed, so she thought that now would be her actual fresh start. She and Norman hadn’t had a real do-over due to Keith Summers and, eventually, Shelby, and with the latter disposed of, it seemed like the time had come for the motel to open and things to return to some semblance of normalcy. However, upon the arrival of mysterious man in black Jake Abernathy, things around Bates Motel went from being creepy and unsettling to downright dangerous.

On the next episode of Bates Motel, Norma has to prepare for the midnight meeting Jake set up, where she’s to bring the $150,000 Shelby owed him or face the greatest threat to herself and her sons yet. Seeing as how Norma doesn’t have the money, has no means of getting the money, and wants to rid herself of Jake Abernathy, she decides to get a gun from Dylan, if not for protection than to make the latter happen. Of course, Norma isn’t exactly a marksman and doesn’t have much (if any) experience around guns, so she has only a few hours to figure out the basics and come up with a plan that would get her the best shot at Jake. Having learned her lesson from the unsuccessful sinking of Keith Summers’ body, she’d find a way to make all traces of Jake Abernathy vanish from her life and the motel, but if she does kill him, would anyone connect it back to her? Or does she have a chance to get away with it?

The season finale of Bates Motel airs Monday at 10:00 on A&E. You can check out a recap of the most recent episode here.

What are you most looking forward to in the Bates Motel season finale? Do you think that Norma will be able to kill Jake, keep her money, and protect her family? Where do you think the show goes in its second season?