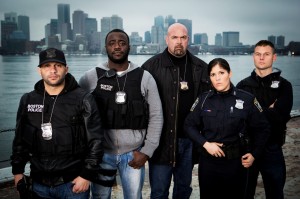 TNT has given unscripted cop docu-series Boston’s Finest a six-episode second season, set to air in early 2014. As part of the renewal, CNN will begin airing encores of the series, which is produced by Donnie Wahlberg. Boston’s Finest offers viewers an up-close and very personal look at the men and women of the Boston Police Department.

–Bar Rescue has been renewed by Spike TV for a 20-episode fourth season, set to premiere this fall.  The third season, which premiered on Sunday, February 10 averaged 1.8 million viewers, its highest ever, and improved the timeslot by a staggering +282% with Adults 18-34 and +195% with Adults 18-49.

-Neil Patrick Harris will host the 67th annual Tony Awards on Sunday, June 9th. It will be his fourth time hosting the live event, which will air on CBS and honor achievements in plays and musicals over the past year.

-Over Memorial Day weekend, Syfy is set to hold a movie marathon on May 24th, including Mega Python vs Gatoroid and Mega Shark vs Giant Octopus, with marathons of Defiance (May 25th) and Paranormal Witness (May 26th) to follow.

-NBC will give viewers a two-week sneak preview of The Winner Is… following The Voice on June 10th and 17th. The show is still scheduled to premiere on July 11th.

-Ahead of its third season premiere on June 9th, Falling Skies will be presented in two marathons on TNT. Beginning May 27th at 10 a.m., season one will be replayed, while season two is scheduled to marathon on June 1st.