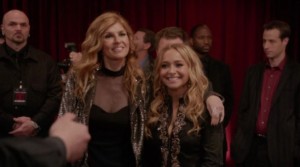 Both Rayna and Juliette were nominated for CMA nominations, and they handled it very well. They’re both wrapped up in so much personal stuff that being angry or jealous of each other took more of  a back seat.

With the recent news that the season finale of Nashville will include two deaths, I couldn’t help but hope that we would get closer to Teddy taking a fall tonight. Coleman quit his position by his side after the allegations of impropriety from Tandy. Teddy went on to threaten Rayna and her resumed relationship with Deacon because he’s afraid she will reveal to him that he’s Maddie’s real father.

The funny thing was that with the way Maddie was feeling about Teddy, she might have considered it good news. Little girls don’t like their daddy’s hurting their mommy’s and by taking up with Peggy Kenter, that’s exactly what Teddy did in Maddie’s eyes. The father daughter dance did a lot to heal their relationship, and now it will be Rayna’s turn to be on the bad side of her eyes if she brings Deacon into their world.

But I don’t think it’s possible to stop the Rayna/Deacon train/ Even though Rayna was taking it slow and keeping motherhood in mind, Deacon had to break up with Stacey and he let her take Sue with her.  It was killer when mentioned to Rayna that they could have had their own family by now. There’s still a chance he’ll be left with a broken heart again, and if so, he could fall off the wagon.

Speaking of wagons, Juliette was traveling in her mother’s footsteps by tying on to celebrate her CMA nomination. Or so she said. She was really in pain over Dante and covering it first in mimosas and then in vodka, the one thing she told Jolene a true alcoholic drinks instead of mimosas.

Juliette managed to alienate Deacon and he quit, opening the door for Avery to take the stage with her. He’s been working his ass off and really deserved the opportunity. Will Juliette be too drunk to remember him again or will he be her new right hand man? Considering Juliette was completely tanked, she put on a great show. Avery taking care of Juliette was very sweet, and turning her down was even better. His character development has been incredible and life affirming.

I couldn’t tell who Deacon was more angry with at the end, Juliette or Rayna for supposedly pulling away. For being such a smart man, he really isn’t seeing the full picture of her life and taking the time to understand why she needs to take it slow. They just got together the night previous and he wanted to sing it to the rafters.

Deacon knew Rayna was hiding something, and facing her with it was shocking. He didn’t care if she told him or not, as long as they were together. Watching them kiss, I totally bought that they love each other more than either of them has loved anyone else. But taking it slow with the public until they get themselves accustomed to their new feelings would be highly advised.

I totally missed that Gunnar’s song that went down so well last week was one of his brother’s. No wonder he was so concerned about the recording session. He tried showing some of his own ballads to the producer, and they fell flat. Showing his brother’s work brought sparks. Who knew Will kissing him would be nothing in comparison to the realization that he couldn’t write a song that would get him a deal of his own. Scarlett found his brother’s song book. Will Gunnar be sent down another spiral because his secret is out? Will his new friend be able to keep him afloat? 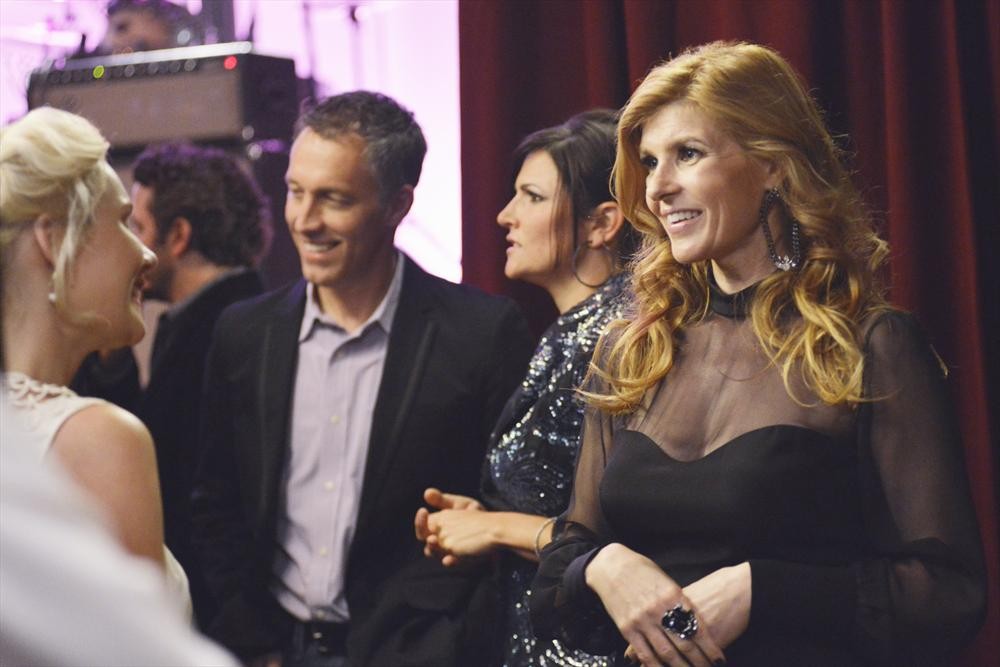 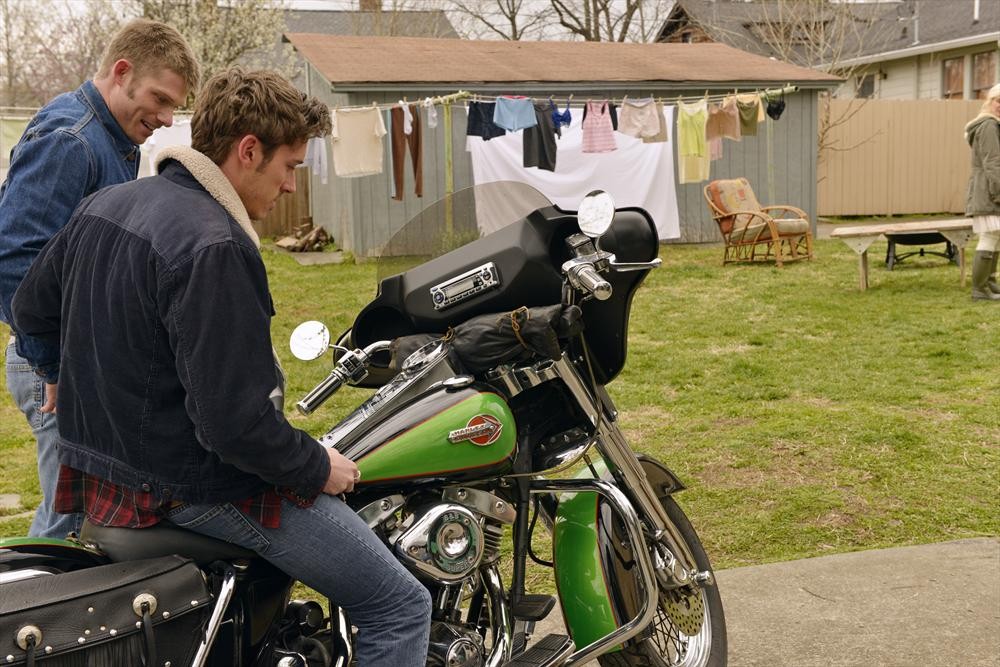 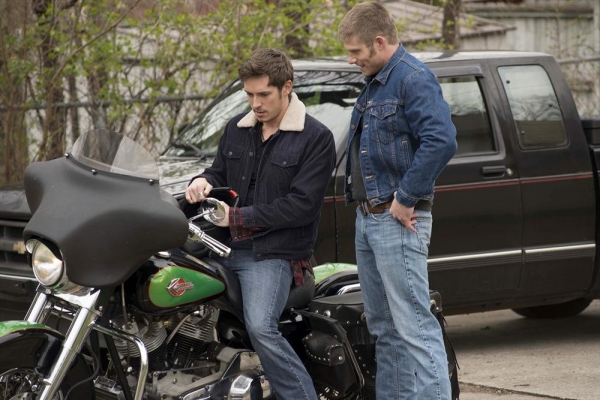 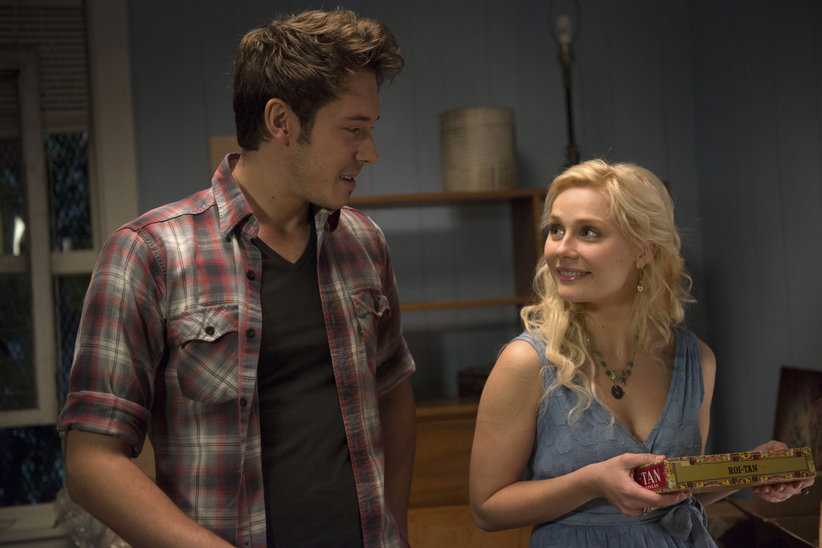