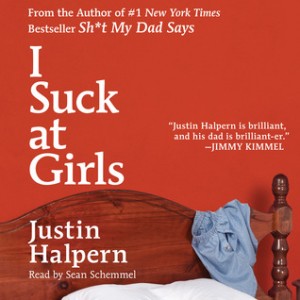 After picking up four new dramas earlier tonight, FOX has granted its comedy orders for next season, numbering five in total. Seth MacFarlane’s Dads was already given a blind six-episode commitment earlier this development season, but the other four have

From Dan Goor and Michael Schur, the Emmy Award-winning writers/producers of Parks and Recreation, comes Brooklyn Nine-Nine, a single-camera ensemble comedy about what happens when a detective who doesn’t take anything seriously gets a new “by-the-book” boss who wants him to grow up and respect the badge. The show stars Andre Braugher, Andy Samberg, Terry Crews, Melissa Fumero, and Joe Lo Truglio.

Starring Parker Young, Geoff Stults, and Chris Lowell, Enlisted is a military-set single-camera family comedy that follows three brothers getting to know each other again on a small Florida Army base and the group of misfits who surround them. Based on the award-winning BBC 3 series Gavin and Stacey and starring Jason Ritter and Alexis Bledel, Us & Them is an ensemble single-camera comedy about a young couple, whose greatest obstacles to happiness are their loved ones.

Formerly known as I Suck at Girls, Surviving Jack is an ensemble period comedy based on best-selling author Justin Halpern’s semi-autobiographical book, “I Suck at Girls.” Christopher Meloni stars as a man becoming a dad, as his son is becoming a man, with Claudia Lee, Kevin Hernandez, Tyler Foden, and Connor Buckley also appearing. Dads, the only multi-cam of the bunch, stars Seth Green and Giovanni Ribisi as  two successful guys – and childhood best friends – whose lives get turned upside down when their fathers (Martin Mull and Peter Riegert) move in.

Do you think that FOX made the right choices in the comedies it picked up? Should they use two of them to pair with New Girl and The Mindy Project on Tuesdays? If not, how do you think they should all be scheduled?