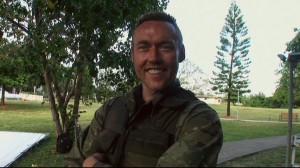 FX’s The Strain has added its second cast member in Kevin Durand (Lost), per The Hollywood Reporter. The vampire drama, from Guillermo del Toro, centers on a virus that infects New York and the CDC doctor, Ephraim “Eph” Goodweather, who investigates the case. Durand is set to play Vasily Fet, a second-generation Ukrainian-American and rat exterminator by trade who enthusiastically joins the war against the vampires. Production on the Strain pilot begins this September.

-Beginning Tuesday, April 30, NBC will release new installments of its axed dating series Ready for Love on a weekly basis via NBC.com, VOD, iTunes, Amazon, Hulu and more. The series finale is set for June 3rd.

-Also getting a chance to play out the rest of their episodes are ABC’s Zero Hour, returning to the schedule on June 15th at 8:00 with a two-hour premiere and signing off on August 3rd with a two-hour finale, and NBC’s Do No Harm, which will return Saturdays at 10:00 from June 29th through August 24th.

–Saturday Night Live has announced its final three hosts of the season, with comedian Zach Galifianakis returning on May 4th with musical guest Of Monsters and Men, while former cast member Kristen Wiig will host for the first time since her departure on May 11th with musical guest Vampire Weekend and Oscar winner Ben Affleck closes out the season with Kanye West on May 18th.

-Comedy Central has renewed The Jeselnik Offensive and Nathan for You for second seasons. The former is set to return in July, while the latter is on hold until 2014.

-NBC has announced plans for a one-hour retrospective special for The Office, set to feature exclusive and original interviews with writers, producers and actors from the award-winning series. The special will air Thursday, May 16th at 8:00 and lead into the one-hour series finale at 9:00.

-FX has put animated comedy Bigfoot, executive produced by Seth Rogen, into development. Based on Graham Roumieu’s Bigfoot “autobiography” graphic novels, the project revolves around the bipolar sasquatch trying to fit in in both the human and animal worlds.