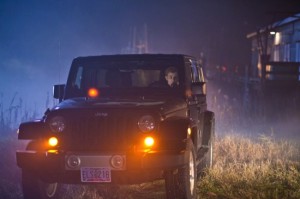 Although she might not have wanted to believe it, Norma Bates is now faced with the fact that Deputy Shelby did have a girl held captive in his basement. Norman wasn’t lying and he wasn’t seeing things; it happened and now they have to figure out what to do with the girl to keep themselves safe and avoid detection. The dumping of Keith’s body showed that they might not know how to erase all evidence of their wrongdoing, so it could be a struggle for them to get the girl out of town and to play it cool when Shelby’s around, even when he figures out that she’s no longer in his possession. Coming up on the next episode of Bates Motel, it’s up to Norma to come up with a way to protect her family and bring Shelby the justice that he deserves.

They’re in a bit of a bind, as they can’t go to the police and the area is small enough where, should they tell anyone, it’ll get back to Shelby and he’ll proceed to make their lives hell. Add on to that Norma’s growing feelings for the deputy and the important role that he’s played following the death of her husband and she might not be willing to get him in trouble, even with his crime (literally) staring her in the face. However, with Emma also in on the secret, Norma can’t just roll over Norman like she typically does and get her way, meaning that she’ll have to go above and beyond if she chooses to protect Shelby.

Elsewhere on Bates Motel, Dylan offers for Norman to move in with him, but the teenager won’t leave his mother like that, not with the Shelby situation still going on and not after the fights they’ve had recently. He’d rather die than make her feel unloved or abandoned and after the conversation in the car last week, he might not be willing to make that kind of a move.

Bates Motel airs Mondays at 10:00 on A&E. The show has already been renewed for a second season.

Should Norman move in with Dylan? What will happen when Shelby finds out that the girl is missing? Will he be able to connect it back to Norma and Norman?