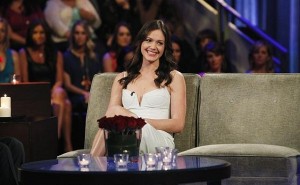 With the summer TV season within sight, networks have been making last minute tweaks to their schedules in hopes of ensuring success and growing vs. last year.

TNT, for instance, has shift four of their summer series from their originally planned premiere dates. Once scheduled to premiere Wednesday, July 24th, buddy lawyer dramedy Franklin & Bash will now enter into its third season on Wednesday, June 19th with a two-hour premiere beginning at 9:00. Powerhouse Rizzoli & Isles and sophomore Perception have had their June 18th season premieres pushed back one week to June 25th, respectively, while unscripted procedural Cold Justice will now debut in fall, beginning September 3rd at 10:00.

Meanwhile, ABC has shifted two summer entries of its own. Canadian import Motive will now premiere Monday, May 20th at 9:00 following Dancing with the Stars before shifting to its regular slot Thursday, May 23rd at 9:00. Thus, the next season of The Bachelorette will now debut Monday, May 27th at 8:00, with Mistresses set to occupy the 10:00 slot the following week.

Elsewhere, Ghost Hunters has been added on to the Syfy summer schedule, moving from its originally planned April 17th return date to June 12th. Episodes of Haunted Collector will fill the time slot until then. FOX has also made changes to their summer plans, expanding the season premiere of So You Think You Can Dance to two nights and moving the start date for Toxic Office: Does Someone Have to Go? back. Dance will stay in its original May 14th premiere date and have an additional audition episode broadcast May 15th at 9:00 following American Idol, replacing Toxic Office. The latter will now launch on May 23rd at 9:00, following a new episode of Hell’s Kitchen.

You can check out the summer premiere dates for TNT, ABC, Syfy (2), and FOX, as well as The CW.

Do you think that the networks are smart in continuing to alter their summer schedules before the season kicks off? What will you be watching on broadcast this summer? Will the networks ever be able to compete with cable in the summer?

EDIT: A list of summer 2013 premiere dates can be found here.