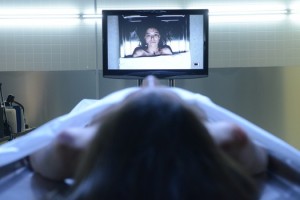 One minute, Sarah Hawking was an outsider looking for a way to start her life over and the next, she got the chance. However, she couldn’t relax once she changed her appearance to match recently deceased Elizabeth Childs, as with the detective’s identity came the type of baggage and questions that she wasn’t prepared to deal with. Along with a potential criminal hearing over a civilian shooting, Sarah’s now faced with the fact that she and Elizabeth were clones and that there are more out there. Katja’s death gave further credence to the idea that knowing that there are clones out there is dangerous; somebody doesn’t want Sarah to know about her past and is willing to kill to keep her in the dark, but on the next episode of Orphan Black, she continues her journey toward answers.

Katja’s birth certificate wasn’t the only one in Elizabeth’s possession at the time of her death, so Sarah has moved on to another clone: Alison. Although she might want to flee with the money and Felix in tow, holing themselves up in the process, now’s not the time to run, not with Kira still out there and not without answers about the cloning. Thus far, Sarah’s been able to fool the people in Elizabeth’s life and until she has to means to run and the closure she needs, she’ll have to establish some sort of stability and a clear routine to keep her cover. Any inkling that she’s not Elizabeth Childs could make her and draw the attention of people she wants to avoid at all costs. But will Alison be the person who can fill her in on their origin? Or will Sarah come away from their encounter not knowing more than before they met?

How many clones do you think there are? Who is targeting Sarah and killed Katja in the process? What role will Felix have to play in protecting his sister?