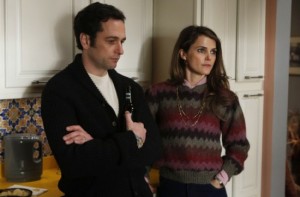 After a listings error that caused DVRs not to record the final seven minutes of last night’s episode of The Americans, FX has responded by putting the episode online early. (You can watch it here.) Typically, episodes of FX programming don’t get uploaded to legal streaming services until a week after their television debut, but in such a special case (particularly with a show whose DVR audience dwarfs its live audience), the powers that be made an exception.

“The error is regrettable and I apologize to all the loyal fans of The Americans who were cheated out of the full viewing experience of one of the most important episodes so far this season,” said John Solberg, Senior Vice President of Media Relations, FX Networks. “Unfortunately mistakes happen and this happened to be a very unfortunate time for this kind of mistake. I hope the viewers whose DVRs failed to capture the final seven minutes of the episode will take advantage of the opportunity to watch the encore run on FXNetworks.com and see the spectacular ending.”

Set in 1981 just after Ronald Reagan is elected president, The Americans, starring Keri Russell, Matthew Rhys, and Noah Emmerich, is a drama series about the complex marriage of two KGB spies posing as Americans in suburban Washington D.C. The series also stars Margo Martindale, Maximiliano Hernandez, Holly Taylor, and Keidrich Sellati, and is scheduled to sign off from its first season on May 1st. It was renewed for a second season this past February.

The Americans airs Wednesdays at 10:00 on FX. You can check out spoilers for two upcoming episodes here, including next week’s installment that will air until 11:03.

What have you thought about The Americans this season? Was your DVR affected by the error? Do you think that the network should continue putting episodes up earlier than the typical week-long delay?