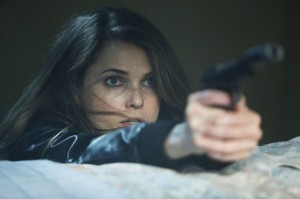 To be a good spy, you have to learn who to trust and for how long to trust them. Without reliable contacts and a strong support system, even the bravest of agents can find themselves struggling to keep their head above water, as winning a war is about the combined forces of one group overwhelming the forces and resources of another group; little room is left for individual glory/actions to make a world of difference. In the case of The Americans, that level of trust is especially important, as Phillip and Elizabeth Jennings have to maintain the front that they’re your typical happily married couple of two children. Through that cover, they protect each other from being made by the feds, but things have been rockier recently for the couple, their ingrained paranoia bleeding from interactions with Americans to interactions with each other. Can they get things right and continue on their quest for a victory against the country they currently occupy?

Listed below are the dates, titles, and descriptions for the next three episodes of The Americans.

Wednesday, April 3rd – “Safe House”
Phillip and Elizabeth are put to the test when a routine mission goes horribly wrong. Stan and the FBI are pushed to their limit when one of their own goes missing.

Wednesday, April 10th – “Only You”
Stan pursues a lead that puts him on the trail to one of Gregory’s crew members, closing the gap between him and Elizabeth, and reigniting some of the deepest conflicts between her and Phillip.

Wednesday, April 17th – “Covert War”
Events in Moscow strike a personal chord for Elizabeth, leading her to take on a dangerous mission she can’t complete without Phillip’s help, and placing the couple on a collision course with both Grannie and the FBI.

How will Philip and Elizabeth handle their mission going wrong? Will we see either being caught by the FBI by the end of the season? What would it mean for the series for one of their covers to be blown?