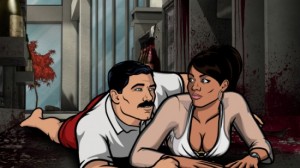 Six episodes into its fourth season, Archer has been renewed for a fifth 13-episode season by FX. The show, which will air a two-part season finale on April 4th and April 11th, has posted record ratings this season, currently ranking as cable’s #2 series in delivery of Men 18-34 behind The Walking Dead and up 44% in Adults 18-34 and 36% in Adults 18-49 compared to season three. For the first time, Archer will be submitted into the category of Outstanding Comedy Series for the Emmy Awards. Previously, it had only been submitted into Outstanding Animated Program where it hasn’t garnered a nomination; the show’s only Emmy nomination came in 2010 for star H. Jon Benjamin in Outstanding Voice-Over Performance.

“Archer is one the very best comedy series on television. Adam Reed, Matt Thompson and the incredible cast – H. Jon Benjamin, Aisha Tyler, Jessica Walter, Chris Parnell, Judy Greer, Amber Nash, George Coe, and Lucky Yates – are comedic geniuses.  It is truly rewarding the way in which the audience and fans have embraced their work and that the ratings to continue to grow.  The quality of Archer is undeniable,” said Executive Vice President of Original Programming and Development Nick Gad of the renewal and the state of the show, which is up 128% in the 18-49 demographic compared to its first season.

Tonight’s episode of Archer finds Archer, Cyril, and Lana going undercover in celebrity chef “Lance Casteau’s” kitchen. Upcoming guest stars include Anthony Bourdain, Eugene Mirman, Kristen Schaal, and Jon Hamm, with the latter appearing as a possibly deranged commander of an undersea laboratory in the two-part season finale. Last season, Bryan Cranston appeared in the two-part finale as a commander of a spaceship under attack.

Archer airs tonight at 10:00 on FX. The network also recently renewed The Americans for a second season, set to debut in early 2014.

What have you thought about this season thus far? Are you looking forward to hearing Jon Hamm as the possibly deranged commander of an undersea laboratory? Who is your all-time favorite Archer guest star? 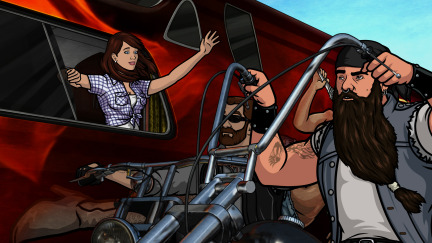