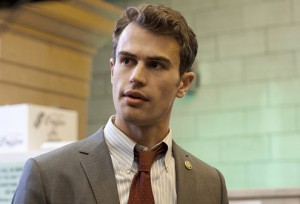 CBS has released the pilot episode of Greg Berlanti’s Golden Boy a week before its February 26th television premiere. The show follows the journey of Detective Walter Clark from ambitious cop to become the youngest police commissioner in the history of New York City, though as with all success on that level, it comes with a hefty price. The bold Clark has received a promotion to homicide detective after only three years as a beat cop and with that, the animosity of his new department. There’s a way that things work in the homicide division and all there have paid their dues in other positions in order to be provided the privilege in catching murderers; Clark has bypassed the system and in their eyes, taken a spot from a more qualified candidate who won’t hold back the rest of their department.

Listed below are the date, title, and description for the pilot episode of Golden Boy. Included is a link to watch the episode on CBS.com.

Tuesday, February 26th – “Pilot” (Watch Here)
As he is interviewed for a story about his career, Walter Clark, Jr. flashes back on his epic journey from homicide detective to the youngest police commissioner in the history of the NYPD.

Will you be watching Golden Boy? Should the show move to Fridays already or would you like to see it stick around on Tuesdays? Are you surprised to see CBS release a pilot early?