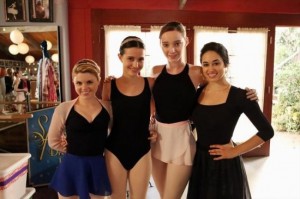 ABC Family will be showing the previous nine episodes of Bunheads during a marathon on Monday. The marathon will be leading into the next new episode of the ballet drama, the penultimate of its first season, and show the latest evolution of the Paradise Dance Academy and all those who teach and learn there. During the winter season of the show, Michelle has been readjusting to life in town after spending time in Vegas, while the girls are going through boy troubles and growing pains, in addition to their time on the dance floor.

Listed below are the times, titles, and descriptions for each episode in the Bunheads marathon.

11:00 a.m. – “Blank Up, It’s Time”
Fanny stuns Michelle by inviting her to a play and revealing she has a longtime boyfriend. Meanwhile, Sasha’s defiant behavior costs her a prized role.

12:00 p.m. – “No One Takes Khaleesi’s Dragons”
Michelle is pleased to find a new place to get coffee, but dealing with the barista proves difficult. Meanwhile, Melanie notices a change in Ginny; and Sasha remains at odds with Fanny, causing Fanny casting problems.

1:00 – “A Nutcracker in Paradise”
Fanny and Michelle bond as they collaborate on the recital, but then their friendship goes off track. Meanwhile, Boo pursues a relationship with a boy she likes.

2:00 – “You Wanna See Something?”
Michelle readjusts to life in Las Vegas and finds work as a magician’s assistant. Elsewhere, Ginny take charge of her mom’s real-estate company; Melanie and Boo look after family members; and Sasha delays her return home after her summer away.

3:00 – “Channing Tatum is a Fine Actor”
Michelle returns to town and gets Truly as a roommate. Meanwhile, the girls head back to school and become enamored with two talented new students; Talia arranges a blind date for Michelle; and Carl pressures Boo to meet his parents.

4:00 – “I’ll Be Your Meyer Lansky”
Michelle and Fanny have financial problems, which they need to remedy quickly. Meanwhile, the girls continue to find their new classmates fascinating; and Sasha faces an impending move from Paradise.

5:00 – “The Astronaut and the Ballerina”
Michelle’s brother visits her in the wake of his most recent divorce. Elsewhere, Melanie becomes preoccupied with roller derby, leaving her little time to spend with Ginny; and Boo and Carl are in over their heads with their child-care responsibilities.

6:00 – “Take the Vicuna”
Fanny sees red after Milly starts to dictate how she should run an upcoming dance recital; Sasha throws a housewarming party; and Scotty and Michelle go on a road trip that involves a surprise detour.

7:00 – “There’s Nothing Worse Than a Pantsuit”
Michelle and Milly seek permits for the amphitheater. Meanwhile, Ginny feels neglected; Sasha and Roman let others know that they’re dating; and Talia reveals some big news.

9:00 – “It’s Not a Mint” (New)
Michelle and Bash transform the dance studio into an evacuation center when a fire approaches Paradise. Meanwhile, Boo finds herself in the midst of a love triangle; Dez becomes obsessed with Melanie; and Ginny grows enamored with Frankie.

Will you be watching any of the Bunheads marathon? How do you think the winter season of the show compares to the summer season? What are you expecting from the final two episodes of the season? 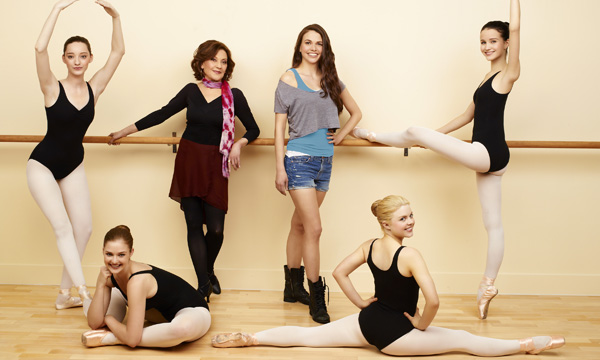