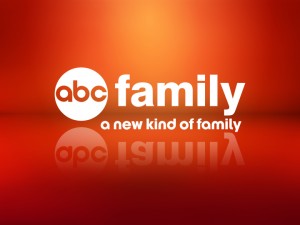 ABC Family has announced the pick-up of two one-hour drama pilots, both set to begin production in the spring for a launch in the summer.

Formerly titled Socio, Twisted is a mystery that follows Danny, a troubled 16-year-old who has returned home from juvenile hall after murdering his aunt when he was 11. Not longer after beginning to adjust to living a normal life again, reconnecting with his best friends and experiencing high school for the first time, he becomes the prime suspect in the murder of a fellow student. Is Danny responsible for the death of his peer? Or is he really the victim with a shocking secret that could reveal a motive for the act that changed his life forever?

Executive produced by Jennifer Lopez, The Fosters tells the story of a multi-ethnic family mix of foster and biological kids being raised by two mothers. When the family takes in a girl fresh from juvie who has nowhere to go and no family to lean on in her time of need, they begin to understand just how broken she really is and how it might be worth the risk to their happy home to see her through her dark time.

Judging by the description, the ABC Family summer line-up will consist of a Twisted/Pretty Little Liars and The Fosters/Switched at Birth two-some, leaving the futures of The Lying Game and Bunheads up in the air. The former ended its first season in March 2012 and dealt with nearly a full-year hiatus before coming back; if it doesn’t pop back up in summer, either it’ll be premiering the back-half of its season in the fall (not completely unlikely) or there won’t be a back-half of its season due to cancellation. The latter began its run last summer before returning in January, so no scheduled appearance in the summer could mean that there are only a few episodes before it dances away for good.

Do you think that you’ll watch Twisted and/or The Fosters this summer? Does this mean that either Bunheads or The Lying Game are cancelled? What type of show would you like to see ABC Family attempt?