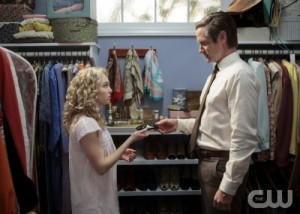 Although the launch of the fall season is where the networks trot out their biggest and brightest ideas in search of the almighty (advertising) dollar and the increasingly illusive live viewer, midseason has become the preferable time of the TV season in recent years. With premieres being staggered throughout the early months of the new year and several shows each year penciled in as future network staples, it’s a much less overwhelming time for the TV fan and a way for each of the big four to focus on continuing their momentum or righting the ship after a weak fall. While the biggest recent breakout hits have all debuted during fall and instantly secured their place on the schedule, midseason has provided several key players that are just as, if not more, important to their respective homes.

In the coming months, there will be countless new shows from networks of all shapes and hues vying for attention in a crowded landscape. Rather than trying to highlight every promising offering throughout television, of which there are many, I selected five shows that I’m anticipating, either for what they could do creatively or for what they might be able to do for their network.

The Carrie Diaries (The CW)
Premiere Date: Monday, January 14th
Who’s in it: AnnaSophia Robb, Austin Butler, Matt Letscher, Ellen Wong, and Katie Findlay
Central Premise: pre-Sex Carrie Bradsaw. Also, the ’80’s!
Why I’m Excited: The CW recently said goodbye to Gossip Girl and it looks like they’re turning to Carrie Bradshaw to give them their next breakout hit soap. The Carrie Diaries, based on the book of the same title, is a prequel to Sex and the City and follows the title character as a teenager growing up in Connecticut in the ’80’s. Following the death of her mother, she gets an internship in the city at a law office, but after a chance encounter at a department store, her life will never be the same again – for the better. It should be interesting to see how well star AnnaSophia Robb channels the iconic New York fashionista’s early years and how much of the Sex Carrie is visible during The Carrie Diaries; if the show manages to find an audience, we might get the chance to explore aspects of the character that didn’t even the most ardent Sex fan didn’t know about.

Red Widow (ABC)
Premiere Date: Sunday, March 3rd
Who’s in it: Radha Mitchell, Goran Visnjic, Lee Tergesen, Clifton Collins Jr., and Jaime Ray Newman
Central Premise: Mob Revenge.
Why I’m Excited: 666 Park Avenue didn’t work out for ABC earlier this season, so there’ll be a new lead-out for their Sunday night line-up in Red Widow. An adaptation of Dutch series Penoza, Red Widow follows mob wife Marta as she infiltrates the organization that killed her husband looking for revenge. Makes sense that it follows Revenge, then, right? On the back of an expectantly huge Oscar ad campaign, the likes of which gave Scandal the ratings for renewal last season, the show looks to fuse the near-constant cultural fascination with all things mafioso (The Godfather, The Sopranos, Mob Wives) and the buzz from Revenge in order to become the next big ABC drama. However, it might turn out to be too much revenge for one night of programming.

Vikings (History)
Premiere Date: Sunday, March 3rd
Who’s in it: Travis Fimmel, Gabriel Byrne, Jessalyn Gilsig, Clive Standen, and Katheryn Winnick
Central Premise: A restless young warrior seeks life beyond what he knows.
Why I’m Excited: Television has seen period pieces ranging from ancient Rome to an advertising agency in the 1960’s, but there’s yet to be a series based on vikings or taking place in the time period they reigned supreme. That all changes with History’s first attempt at scripted programming following the raging success of Hatfields & McCoys, Vikings. From Michael Hirst (creator of The Tudors, producer of The Borgias), the show follows young warrior Ragnar as he attempts to explore places no one in his tribe has had the courage to go and fulfill his potential as a person and as a warrior. The TV landscape has expanded in recent years, with countless networks finding their niche in scripted shows, and if Vikings manages to succeed, it may cement the History Channel as a network to look out for.

The Americans (FX)
Premiere Date: Wednesday, January 30th
Who’s in it: Matthew Rhys, Keri Russell, Noah Emmerich, Keidrich Sellati, and Holly Taylor
Central Premise: Sleeper agents in love.
Why I’m Excited: FX attempts to capture a little Homeland magic with The Americans, an espionage period piece set in the early ’80’s and centering on an arranged marriage between two KGB sleeper agents. While they have to complete missions and keep their true identities under wraps, especially from the FBI agent living next door, the two begin to genuinely fall for one another and contemplate whether or not they want to remain in their current profession. In addition to featuring the return of Keri Russell to dramatic television, The Americans welcomes Emmy winner (and FX alum) Margo Martindale to the fold for at least eight episodes, a coup for a show that is likely to bring the paranoid tension and complicated emotion in spades.

Enlightened (HBO)
Premiere Date: Sunday, January 13th
Who’s in it: Laura Dern, Mike White, Luke Wilson, Diane Ladd, and Timm Sharp
Central Premise: A former corporate  buyer fighting back against her employer.
Why I’m Excited: One of my favorite shows of 2011, Enlightened returns from a year-long hiatus with a new direction, intriguing guest stars (Dermot Mulroney and Molly Shannon), and a time slot that could gain it the audience it lacked during season one. Amy’s cause, bringing down Abaddonn for the environmental crimes they committed in the name of profit, is gaining steam and now that she has multiple people on her team, she might be able to become the agent of change she desires to be. However, the company won’t exactly acquiesce to her demands that easily and with the possibility of love clouding her once crystal clear focus on social justice, Amy will have to be mindful of the pushback that will come before any progress gets made.