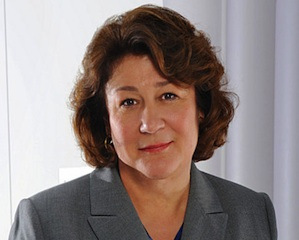 Mags Bennett has risen from the dead.

According to TVLine, Emmy winner Margo Martindale is set to return to FX on The Americans, starring Keri Russell and Matthew Rhys. She’ll be playing Claudia, a KGB agent living in the United States who delivers assignments to fellow agents Philip and Elizabeth Jennings, in at least eight episodes of the period drama, set in 1981 following the election of Ronald Reagan.

The Americans follows married couple Philip (Rhys) and Elizabeth Jennings (Russell), who seem to have it all. They’re the young, happy couple that you see around town and simultaneously admire and envy, with their beautiful children and seemingly comfortable existence. However, they’re hiding something from everyone in their life, including their children – they’re agents for the KGB and involved in an arranged marriage. However, as they grow closer as a couple and Philip begins to embrace America’s values, things get much more complicated and the two might begin to question their loyalty to a cause they once held near and dear.

The Americans also features Holly Taylor and Keidrich Sellati as their children Paige and Henry; Noah Emmerich as FBI Agent Stan Beeman, who lives next door to the Jennings family; and Maximiliano Hernández as Agent Chris Amador, Stan’s partner and a fellow member of the Counterintelligence division responsible for fighting foreign agents on American soil.

In addition to her acclaimed role on Justified, Martindale has appeared on the likes of A Gifted Man, Person of Interest, and Mercy, with a guest starring role on Showtime’s upcoming Masters of Sex. The latter will premiere sometime in 2013.

The series premiere of The Americans airs Wednesday, January 30th at 10:00 on FX, the week after the season finale of American Horror Story. You can check out a teaser for the spy drama here.

Will you be watching The Americans?  Are you happy to have Margo Martindale back on cable? What other FX alums would you like to see return to the network for a project?