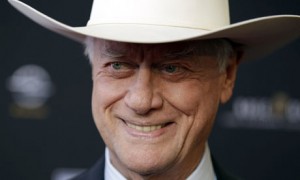 After three decades of being known as J.R. Ewing from the immensely popular television series, Dallas, Larry Hagman passed away from cancer last month. While he didn’t play the role all three decades, or even two of the three, there was never a question in the mind of American culture – when you thought of Larry Hagman, you thought of J.R. Ewing and Dallas. “Who Show J.R.?” – one of the biggest catch phrases of all time was the result of the season three finale of Dallas in 1980. There isn’t a person who was alive in the 80s who didn’t know what that meant.

In losing Larry Hagman, we lost J.R. Ewing. Mr. Hagman, even with cancer coursing through his body, reprised his iconic role of J.R. Ewing last year for the return of Dallas on TNT. I was one of those who thought the reboot would fall flat, that the show wouldn’t  have the spark found in the original. After all, I lived through all the fun that came with J.R. Ewing, Bobby, Cliff and Pamela; all the infighting and intrigue. Surely they couldn’t achieve it again. They were too old, the stories over and done. Was I ever wrong.

From the very first episode of TNT’s Dallas, I was hooked. It was so well written and the characters had the same steam and punch as I remembered. They pulled a fast one on us with J.R. Initially, he was in a home, unable (or unwilling) to talk to anyone. I thought, oh, he can’t do it. Wrong again! Larry Hagman soon brought out the dangerous and devious conniving J.R. Ewing, even using his own son, John Ross, to take the fall for his nefarious ways.

The scenes between father and son (played by Josh Henderson) were some of the best. I’m looking forward to the final six episodes Mr. Hagman filmed before his death and to what material he leaves behind for the next generation to play in his absence. At this time, according, to Deadline, the funeral (and, I’m assuming death) hasn’t been scheduled or filmed, but they will be a part of the second season when it resumes next month. As the gentleman and star that Larry Hagman was, I’m sure he’ll want the cast and crew to remember him by making Dallas explode in his wake, and I have no doubt it will happen. 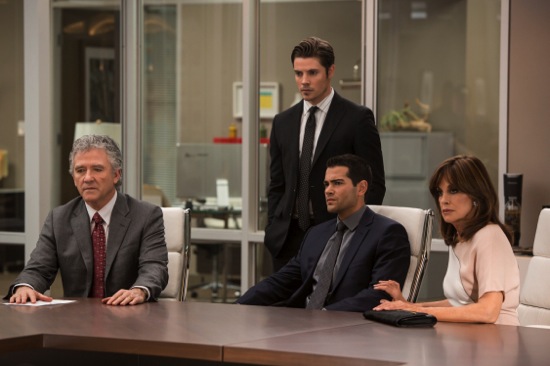