Cinemax has been getting into the original scripted content game in recent times, having made buzzworthy action series Strike Back the centerpiece of their line-up and partnered with the BBC to produce the Melissa George-starring Hunted, which recently wrapped. (While the latter won’t be coming back in its original form, the main character might be returning in a spin-off of sorts, though nothing has been confirmed as of yet.) Come January, the network will be rolling out another new series in Banshee, from the mind of True Blood creator Alan Ball.

Banshee stars Antony Starr as ex-con Lucas Hood on the run from the mob. To protect himself, he heads to the tiny town of Banshee, Pennsylvania and assumes the identity of the town sheriff, though he doesn’t cease his criminal activities upon settling into his new location. While Hood may think that he’s too off the radar to be tied back to his former self and that he has free reign in such a desolate place, that’s not so. The target is on his back once again and Hood has to find a way to keep order in the town, continue his thievery, and prepare to face the gangsters that are hunting him down. With time on his side and his former criminal partner in town, Lucas Hood might be able to exorcise the demons from his past once and for all.

In addition to Starr, Banshee stars Frankie Faison as Sugar Bates, a former boxer who owns a popular local bar; Ivana Milicevic as Carrie Hopewell, Hood’s former partner who is also hiding out in Banshee under a new identity; Rus Blackwell as Gordon Hopewell, Carrie’s DA husband; Ryann Shane as Deva Hopewell, Carrie and Gordon’s daughter; Ben Cross as Mr. Rabbit, a Ukrainian gangster hunting for Lucas and Carrie; and Ulrich Thomsen as Proctor, a Bansee businessman who looks at himself as being above the law.

The series premiere of Banshee airs Friday, January 11th at 10:00 on Cinemax.

Will you be watching Banshee? What do you think about the first official trailer – enough to make you tune in? Where do you expect the season to go, based on the trailer? 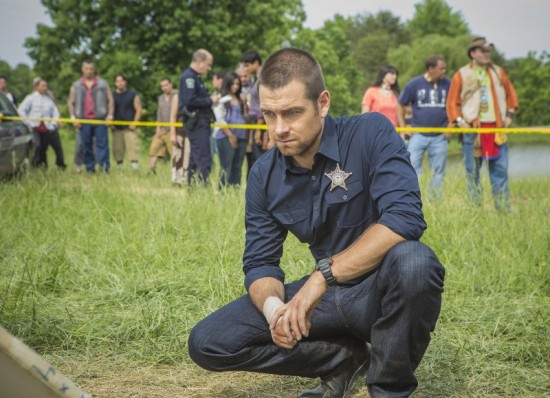 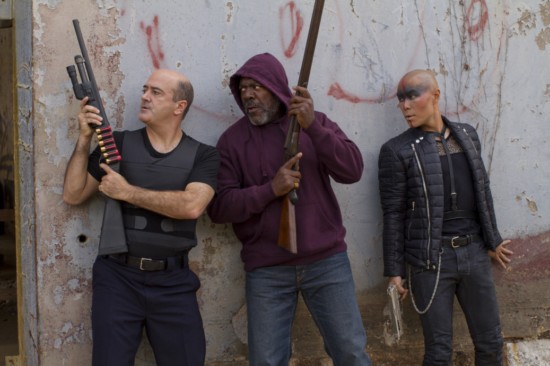