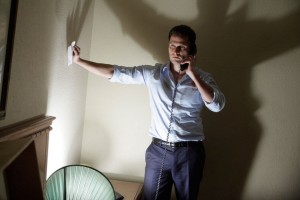 NBC has announced another midseason scheduling move that finds Thursdays becoming a little more dangerous as a result.

On Thursday, January 31st, medical drama Do No Harm will be premiering in the 10:00 slot once home to great NBC dramas like ER and Hill Street Blues. However, the slot was very unkind last year to the three dramas (Prime Suspect, The Firm, and Awake), which led the network to put news magazine Rock Center in the former prestige time period this fall. As a result of the Do No Harm debut, Rock Center will be shifted to Fridays at 10:00 beginning February 8th, where it’ll follow Dateline. The regular occupier of the Fridays at 9:00 time slot, Grimm, will be returning on March 8th.

With the official announcement of a Do No Harm premiere date, there are still freshman NBC shows in limbo for a place on the schedule. On the comedy side, Anne Heche-starring Save Me is looking to be rescued from becoming a late spring burn-off a’la Bent and Best Friends Forever, while dramas Hannibal, Crossbones, and Dracula are currently waiting in the wings, as well. The latter three are thought to be pegged for summer in a bid for NBC to feature more year-round programming and beef up the summer schedule, which has been carried by America’s Got Talent for quite a while.

Do No Harm, which saw its episode order get cut from 13 to 12 recently, stars Rescue Me alum Steven Pasquale as conservative neurosurgeon Dr. Jason Cole, a man who has a secret from everyone he holds near and dear. At the same time every night, he becomes a different person, a danger-seeking bad boy named Ian Price. Will the good doctor be able to gain control and keep himself out of harm’s way? Or is he doomed to be powerless to the adventures and predilections of Ian?

Will you be watching Do No Harm this season? Did NBC make the right decision in giving it the Thursdays at 10:00 time slot? If you think they didn’t, what would you have put in its place?