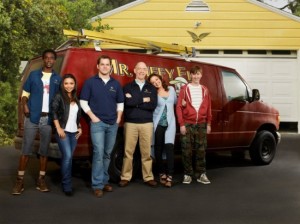 According to Deadline, ABC has reduced its episode order for Family Tools, an ensemble comedy slated to debut this winter. The show originally had a 13-episode order from when it was picked up to series back in May, but the network has cut that down to 10 episodes. The reason given is that the show, along with How to Live with Your Parents (For the Rest of Your Life), is going to fill-in between seasons of Dancing With the Stars and there’s only a need for 10 episodes rather than 13.

How to Live with Your Parents has already completed filming its full season and there’s no word yet on what would happen to the extra three episodes. For example, Don’t Trust the B—- in Apt. 23 had a 13-episode order of its own last season, but it only had the chance to air seven of them; the other six were added on to the next season’s order, bringing it from 13 to 19 in total.

Based on the British sitcom White Van Man, Family Tools follows an unlucky man that has the opportunity to take over his father’s hardware handyman business when his father comes down with a heart condition. However, his father is very active in terms of monitoring the business and making sure that his son doesn’t ruin the thing that he built up over the course of many years. Family Tools stars Kyle Bornheimer, J. K. Simmons, Leah Remini, Johnny Pemberton, Danielle Nicolet, and Edi Gathegi.

Family Tools debuts in January 2013 at 8:30 on ABC. You can check out a trailer for the show here. 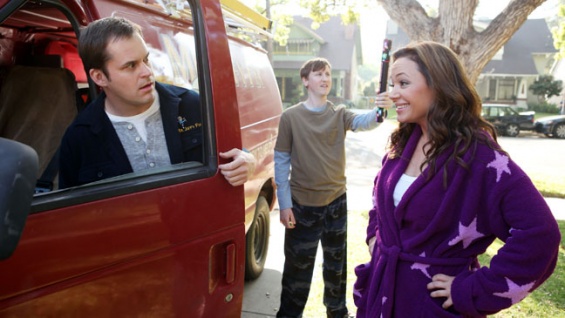