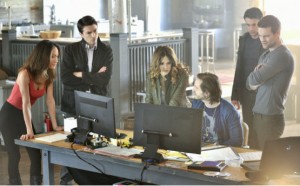 The CW has announced a scheduling change for their Friday nights. Beginning November 30th, Nikita will be moving back to the 8:00 hour that they occupied last season, while repeats of Arrow will be filling in at 9:00 until at least January 18th.

Nikita has been plagued by low ratings this season and it appears to be a positive step for the show to be aided this much by the network. Moving to 8:00 will get it out of the way of the final season of Fringe and NBC (relative) juggernaut Grimm, while the pairing with Arrow is a more natural fit than the lead-in the show had for its first few episodes of season three, America’s Next Top Model. Although you’d think that having Arrow as a lead-in would be more help, Nikita will be the only genre show in the 8:00 hour for the next couple of months and that could help it more than having a slightly boosted lead-in.

The CW has yet to release its mid-season schedule, but there are two options that would make the most sense for Nikita. Either the network would need to premiere Cult on Fridays, which seems like a no-brainer given the show’s subject matter (cult television), or slide Beauty and the Beast from Thursdays to Fridays, pushing Cult behind The Vampire Diaries. In terms of other (remotely) viable options: Arrow, while a comfortable fit with the third year drama, is doing well on Wednesdays and won’t be moved, the network moved Supernatural to an earlier night in the week to help its schedule, and Nikita debuted in the post-Vampire Diaries slot only to be moved after mediocre numbers.

With the other shows on the network not being plausible, it looks like Fridays will be a night of cult television this winter on The CW. One way or another.

For now, Nikita airs Fridays at 9:00 on The CW. Next week, the show will be preempted by an America’s Next Top Model special episode following that show’s fall finale.

How have you liked the third season of Nikita? Do you think that The CW is making the right move in moving Nikita back and pairing it with Arrow (for now)? What would you like to see Nikita air with come January? 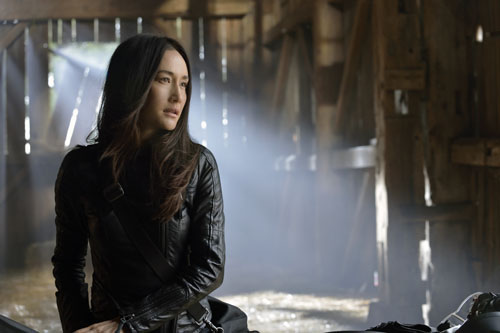